The praise dance ministry began with a vision from our Pastor, Apostle Joseph L. Sims, founder of Riverside Faith Temple Ministry. In September of 1992, the vision began to unfold. Lead by Katherine A. Williams, the dance team started with two members. They rehearsed 3-6 hours a week, beginning a pattern of excellence.

Resurrection Life Church of God In Christ, was instrumental in cultivating their creativity in choreographing, as well as garment design. The Department has developed into five entities:

After many months of practice, the first dance came forth in January of 1993.

From this point, Praise Dance became an intricate part of our praise and worship service. Doors began to open and they began ministering in the Inland Empire area, across the United States and Mexico. The Lord has allowed them to be very instrumental in beginning other praise dance ministries such as Liberty Temple in Mesa, Az., Elohim Family Worship in Pomona, CA., and Trinity Baptist in Rialto, CA.

The Lord has opened many denominational doors for them. Praising the Father is a commandment to all of His people.

This endeavors is to share the glorious Gospel through Praise and Worship in the dance, allowing the power of the Holy Spirit to meet the needs of His people. They stand on Psalm 149, “Let Them Praise His Name In The Dance” and Psalm 150, “Praise Him with the Timbrel and Dance.”

Their desire is that through the expression of the Praise Dance Ministry, the hearts of the people will be uplifted toward the Lord, and the captives would be set free! 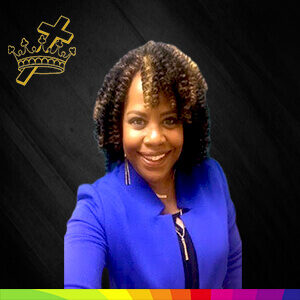