A few thousand years later, God said, I’ll choose me a man, and thus came Joseph and once again God said, It’s not good for man to be alone and so came Beatrice Sims.

From the chosen creation of Joseph and Beatrice came the offspring Duane, Darren, and David. A few years later after many tears, much struggle, much chastisement, and some fasting, a church was born.

The church was then named: Faith Temple Church of God In Christ (C.O.G.I.C.), in 1973. The first Sunday, there were about eight adults and ten children in attendance. God began to bless and other families came and joined. God sent the Crosses, the Pooles, the Hervey’s, the Theo Sims’s, the Fosters, the Hunts, the Taylors, and yes, God even sent the Jones’s and the Simpson’s.

As the church grew, a choir was formed. There was Darren Sims seeking the anointing on the drums, Duane Sims playing under grace on the bass, Wanda Poole on the piano, and our trusted choir directors Sandra and Jackie Poole.

The choir was greatly anointed, so the choir became very well known around Southern California. Everywhere the choir went, people would point and say, “There’s that choir that can really sing and they tear up choir stands every time they get to shouting and dancing. (Yes, the choir was very well known.)

Faith Temple’s Youth were very active in the community. They participated in many musicals, youth congresses, Bible and Choir competitions, park rally’s street witnessing, and some Jesus parades.

No matter what competition Faith Temple Youth participated in, they (we) would always bring back 1st or 2nd place.

Almost every weekend, Pastor and Sis. Sims would take the youth on an outing. We’d load up our big orange, black, and white bus called “The Soul Express,” and our blue van, named by Sis. Dorothy Cross as “Lucy”, and head out.

We’d go to the beach, Disneyland, Knotts Berry Farm, Magic Mountain, Ice Skating, Roller Skating, to the snow in the mountains, have swimming parties, ping pong tournament, Love Feasts, go many other places and have many other activities.

The youth were kept so busy we didn’t have a whole lot of time for worldly things, but there was that occasion where we’d find an open weekend so we’d to to UCR (University of Riverside) to a dance. (We thought we were sneaking off.)

All of a sudden, in the midst of the dance, we’d look up and here comes Pastor Sims walking through the door. You should have seen those Faith Templeites scatter. Pastor Sims would walk up to us and very lovingly and calmly he’d say, “Get out of here, you don’t belong in here”. So, we’d leave.

Pretty soon, we were marked and any time we would go anywhere, we shouldn’t be, people would say, “You better get out of here or, your pastors gonna come and get you.” The funny thing was, many people had a great love and respect for Pastor Sims for caring enough to come and get us. Young people from many other churches wanted to come and join our youth department, because they saw the love and fun we had. 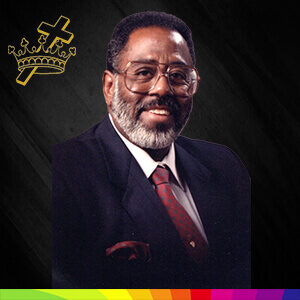 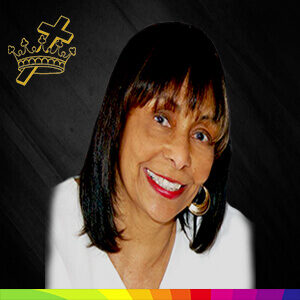